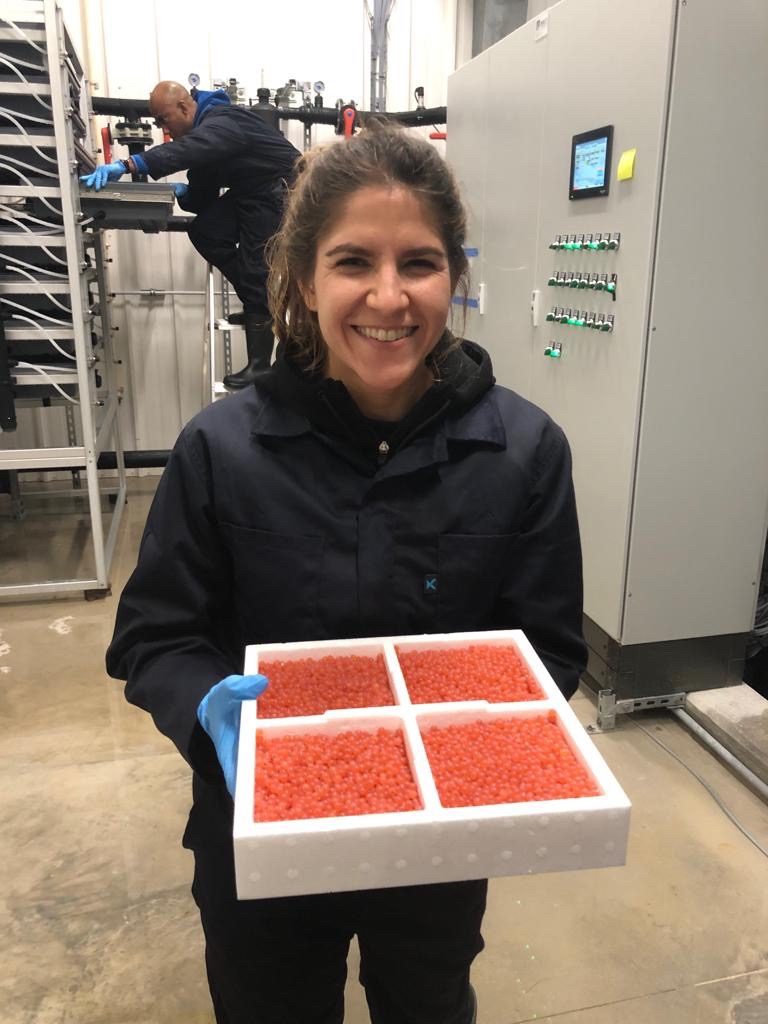 The company stated an additional 400,000 eggs are scheduled for next week.

“The introduction of 800,000 eggs in the newly constructed, Miami-based Bluehouse hatchery marks an important milestone for the company and for the most environmentally sustainable salmon production method to serve the growing U.S., market,” the company stated in a release.

These batches are the first commercial scale volumes of salmon eggs ever introduced in the state of Florida. The eggs were produced by StofnFiskur hf, a subsidiary of Benchmark Genetics, and were shipped from Reykjavik, Iceland, on Nov. 26th. Upon arrival at the site, the eggs were subject to quality control before they were transferred to the hatching racks, a statement from Benchmark said.

StofnFiskur’s production model has some similarities with the Atlantic Sapphire model, the company said, holding the broodstock in land-based systems throughout the entire life cycle, and using deep drilled well water, free of any contagious pathogens. The company’s closed compartment system has been approved by MAST in Iceland according to OIE standards, as the only salmon egg producer in Europe, Benchmark claimed.

“Biosecurity is very important to us, as we are running a full scale land-based operation based on RAS technology. Knowing that the eggs from Iceland hold the highest biosecurity standards in the industry is an important measure of security to our Bluehouse technology system,” Johan Andreassen, chief executive officer of Altantic Sapphire said in a statement.

The first batch of eggs represent the starting point of Atlantic Sapphire’s production in the Miami facility. The salmon producer expects to harvest the first batches in the fall of 2020.

In July, Hatchery International’s sister publication Aquaculture North America (ANA) spoke with  Andreassen about his vision for the company’s future in the U.S., market.

“I think the consumption of salmon here can double over the next 10 years, if done properly,” Andreassen told ANA contributor Matt Jones about his goal of capturing 10 per cent of the U.S., market.

The company stated it remains on track to deliver its first harvest of 9,500 tons (HOG) annualized production from the U.S., facility in mid-2020.

The recirculating aquaculture system (RAS) at the Miami Bluehouse facility features “a deep-laying artesian aquifer that’s 2,000 feet below, where the water is completely biosecure,” Andreassen told ANA adding that he is not concerned about operating RAS technology on a large-scale.

Atlantic Sapphire is focused on land-raised salmon farming at a local level, and transforming protein production on a global scale.