WASHINGTON, D.C. – AquaBounty Technologies is ramping up commercial production of its genetically-engineered AquAdvantage salmon with the shipment of some 120,000 salmon eggs to its Albany, Indiana facility by end of May. 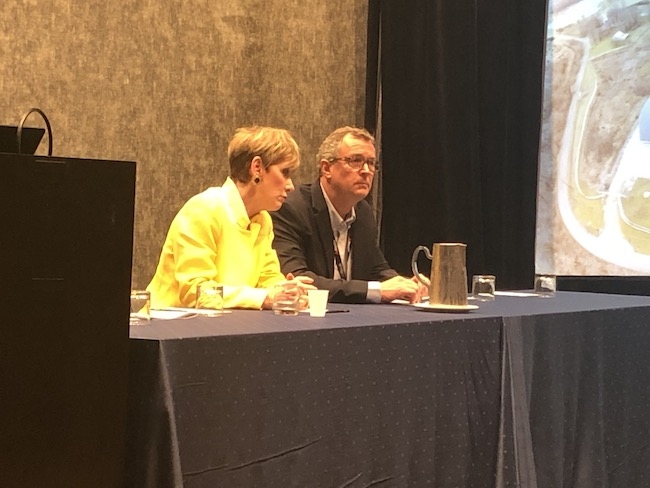 AquaBounty president and CEO Sylvia Wulf said the company will be harvesting the last batch of conventional salmon from the 1,200-metric-ton Indiana facility, and will then focus production for its fast-growing AquAdvantage salmon.

“We have conventional or non-transgenic salmon being grown in (the Indiana) facility since last June. We expect to put our AquAdvantage salmon by the end of this month, so we will be growing those to market weight in Indiana,” Wulf told Hatchery International in an interview. The AquaBounty CEO attended RAStech 2019 this week.

Last March, the U.S. Food and Drug Administration lifted its ban on imports of genetically-engineered salmon, and in April, Environment and Climate Change Canada approved the commercial production of the AquAdvantage salmon at AquaBounty’s Rollo Bay facility in Prince Edward Island. These two recent regulatory developments have cleared the way for the full commercial production of the first genetically-engineered seafood on the market.

The company will also begin stocking its 250-metric-ton Rollo Bay RAS facility in Prince Edward Island, Canada, with AquAdvantage salmon fry, as it completes the construction of the grow-out portion of the facility, which is expected in August, Wulf said. AquaBounty will also be building a hatchery and broodstock facility in Rollo Bay, part of a $12-million construction project to build a RAS production facility to grow the genetically-engineered salmon from egg to harvest size exclusively on land.