The challenge of securing breeding advances in farmed fish through genomics and new genetic technologies is one of key focus areas identified by Edinburgh-based Roslin Technologies, a specialist biotechnology company which has recently raised £10 million in new funding to help commercialize research findings from the world renowned Roslin Institute and the University of Edinburgh’s Royal (Dick) School of Veterinary Studies. 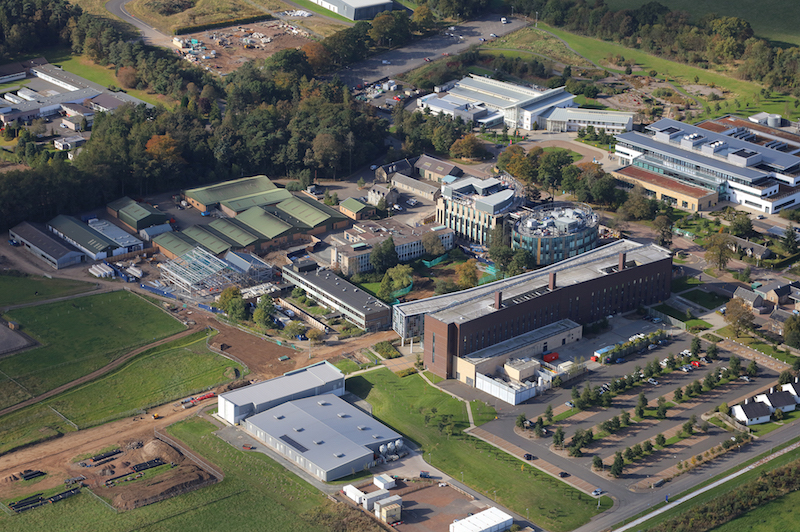 While the new business will apply an all-species rule to its conversion of research results into commercial products and services, aquaculture will be given a prominent share of all future developments.

“We are making whole genome sequencing and other genetic technologies economically

accessible to the aquaculture industry,” said Roslin Technologies’ CEO, Glen Illing, whose 25 years of genetics industry experience includes launching the aquaculture genetics and biotechnology SyAqua Group in Latin America and Asia, a venture he subsequently ran after leading a management buy-out of the business.

“Alongside our own efforts to impact the performance of aquaculture species using these technologies, we see commercial ventures taking advantage of this new approach in breeding programmes. As such, we’re going to see enormous changes taking place in relation to farmed species over the next few years, particularly in aquaculture, as these new technologies become embedded in modern breeding programmes.”

Although the industry has seen major breed development progress in salmon in recent years, many other species have not attracted that much attention, certainly not in terms of the genomic progress for which Roslin is so well known.

“Carp has been farmed for over 4000 years but with almost no modern genetic selection programmes employed to develop the species,” said Illing. “Tilapia has been taken a bit further, but not really that much, while shrimp has seen only a modicum of breeding programs scratching the surface of what is now available today.

“There are also so many species of fish to work with and so many challenges to address concerning survival rates, growth, food conversion and disease etc. Land-based animal protein species are far ahead of the game when it comes to application of modern genetic technologies and it is now the time for aquaculture to catch up.

“The biggest challenge we see, speaking on an all-species animal and fish basis, is to prevent farmed stock from dying before reaching either their reproductive stage or marketable size, whichever is relevant.

“If we can become more successful at improving survival, then not only will economic farm performances increase but we will be able to feed the world’s growing population without increasing the breeding stock that produce animals and fish for consumption and that in turn will mean we can produce more with less resources and reduce the carbon footprint of animal and fish protein production.”

The core theory behind the setting up of Roslin Technologies is that many excellent research solutions either already exist within the complex, or are within reach. All they need is the right funding, attention and commercialisation.

“Our chief aim is to bring what has already been discovered to the marketplace as rapidly as possible,” said Illing. “Roslin and the Royal Dick is a £200m research and development complex, consisting of 500 PhDs and research scientists who are producing a vast amount of know-how and IP, much of which just needs to be commercialised.”

Three starting projects have already been identified by the new company however the pipeline of projects is expanding fast.

The first is a development whereby primordial stem cells can be frozen for revival or reuse at a later point preserving the genotype. The potential of this is that someone seeking to make breeding changes to an individual species can be as free as they wish in exploring new avenues, knowing they can always return to the original genotype if a planned development doesn’t deliver as expected. The same project also creates the potential for the genotype of  rare breeds to be frozen and kept for several decades, avoiding the loss of that species for whatever reason.

The second project involves the potential development of resistance to various diseases. For example bush pigs carry a trait that prevents them from contracting a disease called African Swine Fever (ASF) however the sequence of genes responsible for this has been lost in the modern breeding pig. The plan is to re-introduce genetic alleles in the breeding populations and revive or create resistance to diseases such as ASF, PRRS or PED that widely impact modern day global pig production in modern pigs. The same approach will be used for other characteristics to enhance performance or improve quality. Success in this area would have wide implications concerning the possible reintroduction of original resistance to other diseases and enhance performance and quality of all species, fish included.

The third project focuses on using animals to produce non-food products to deliver therapeutic solutions for both animals and humans that can be used to treat medical conditions or for the production of valuable nutrients more economically than chemical production or other production systems.

“So much excellent work has been carried out at Roslin by scientists who are always thinking of the next development, and the next, and so on,” said Illing. “Our role is to take the best solutions as they emerge, validate them as necessary and enable them to be developed into something commercial. That’s the challenge we’re now addressing.”

The Roslin Institute has a strong history of involvement with aquaculture research, most recently working in collaboration with Hendrix Genetics on how to use genomic selection to help breed salmon with increased resistance to Amoebic Gill Disease (AGD).