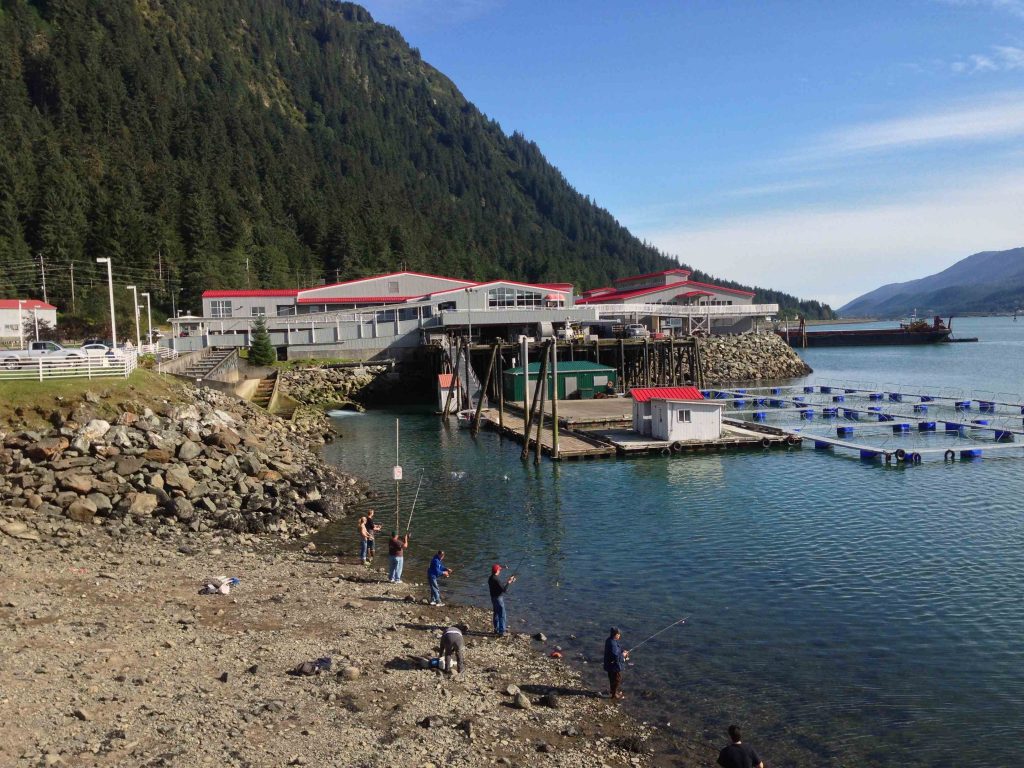 An addition to the Macaulay Salmon Hatchery near Juneau Juneau

DIPAC Executive Director Eric Prestegard said the new facilities, which cost $4 million, will boost overall smolt production from 1.2 to 2.2 million in addition to the large chum-salmon production at the unit.

The building is lit solely by natural light from the big windows, and Prestegard said the principal environmental controls are for humidity, with the air temperature kept 4-5°F warmer than the water.

Prestegard explained that the main building also houses a visitors’ centre aimed at educating members of the public – many of whom come off cruise ships – about Alaska’s network of salmon hatcheries. The hatchery derives a small amount of revenue from these visitors but gets most of its income from releasing salmon for subsequent capture by the commercial fishery and a cost-recovery program.

According to Prestegard the returns of chum salmon in the last four to six years have been good, with increases in revenue that have been a windfall for the organization. This has financed the new additions and paid off a debt still outstanding from the original construction. He also explained that the increased production would allow stocking of sportsfish into rivers and roadside streams outside Juneau.

The new 135 by 85ft building was designed to be a major tourist attraction. Even before the new addition, Prestegard said, the hatchery had been attracting as many as 80,000 visitors a year. It now has a staff of 14 plus “a couple of temporary positions during the summer.”