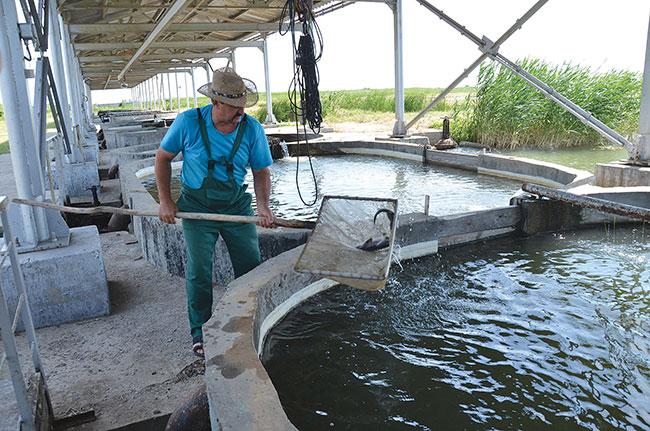 The Russian authorities are enhancing efforts to restore the fish population in the Don River and Black Sea tributaries.

Viktor Goncharov, first deputy governor of Rostov Oblast, recently disclosed that part of the rehabilitation and development of the fishery complex of the Don River is to build four new hatcheries.

“If now we release about 20 million fry per year, then with the launch of these hatcheries, we will release about 50 million more annually into the Don River,” Goncharov said, adding that this is needed due to the current environmental situation in the region.

Fish population in the Russian south dwindled in the past few decades due to large-scale poaching, pollution, and poorly designed dam complexes.

Recent research showed that most fish fail to pass through the Kochetovsky hydroelectric complex on the Don River. Therefore, sturgeon (Acipenser sturio) simply does not reach the spawning grounds. For this reason, the recreational campaign in the region brought little to no results in the past years.

“It is impossible to restore the population of a valuable biological resource without the construction of a bypass fish-passage channel. Its construction is being discussed on the banks of the Barsovka River,” the Rostov government said in a statement.

Besides this, the authorities harbour plans of the Don Sturgeon hatchery modernization. In 2021, it released two million units of fish fry to the Don River, primarily belugas (Delphinapterus leucas) and sturgeons.

Dmitry Bratyakin, director of the Don Sturgeon, commented: “Today, the Don Sturgeon hatchery can produce up to six million sturgeon units per year, and after reconstruction, this figure is slated to grow to eight million units, which, of course, is a significant increase”.

To date, regional hatcheries have released 13 million fish fry to Don River. Local scientists estimated that this figure must increase to 100 million per year in order to achieve positive dynamics in the fish population. In addition, the authorities are called to enhance control over poaching and introduce tighter restrictions on fish catching in the Russian south.