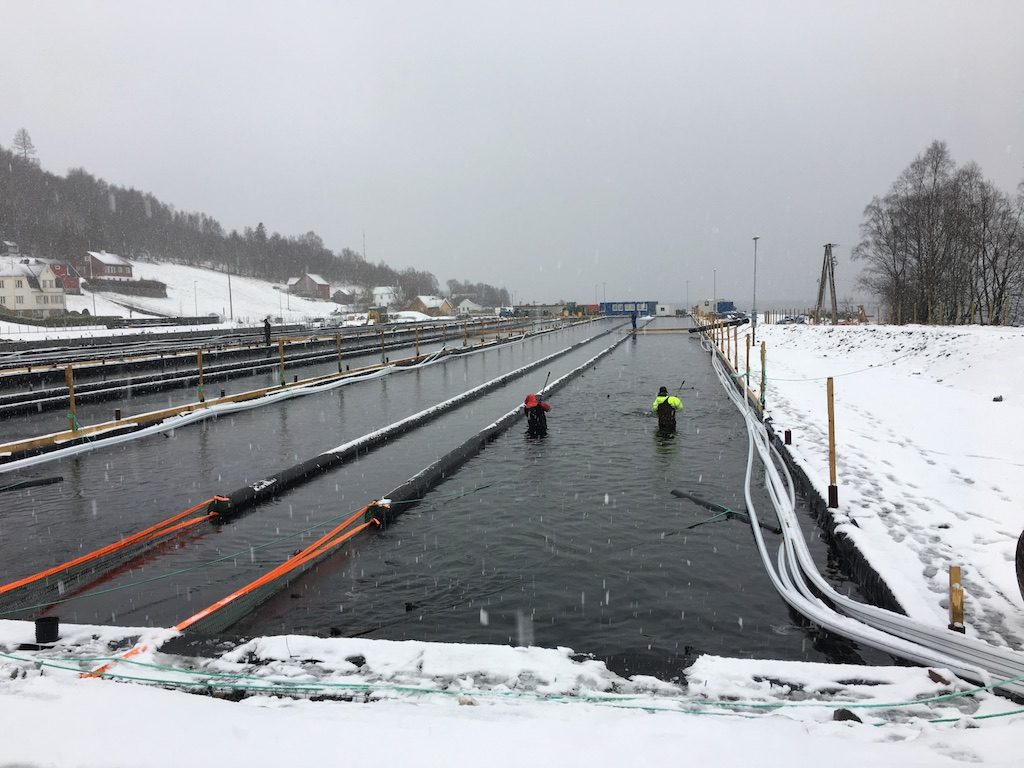 Norway’s Sogn Aqua is putting together a small collection of efficient land-based units for growing halibut along the banks of Sognefjord in western Norway, north of Bergen.

The latest announcement was that with the assistance of partners SWECO and architect Todd Saunders, the company had delivered a plan for a new facility in the Ortneset area.

That makes it within an hour’s drive north of Bergen, where it will become Sogn Aqua’s fourth halibut site within a 25-km radius.

All sites are being fitted with direct access to clean, cold and deep water from the fjord.

Sogn Aqua says it’s been farming halibut on land since 2009, which makes it one of the younger halibut breeders and producers, working first out of a location at Slantevika.

Ole-Kristian Hess-Ergan, in charge of the company’s hatchery program, told Hatchery International that while the company is still the smallest in its field, it’s not likely to remain that way much longer, particularly since the final phase of the five-part Ortnevik operation lies just ahead.

Sogn Aqua believes that the best place to breed and farm halibut is on land, giving the operators control over seawater quality and temperature and allow the fish access to the conditions they prefer.

At all plants, says the company, water temperatures are kept stable at about 8-10 degrees year-round.

And it’s understood there are plans to seek approval for a 40,000sqm facility at Brekke, as part of Sogn Aqua’s long-term strategy for increasing production in the years ahead, again within a fairly small area of the Sognefjord.

Sogn has also said that one of its wishes is to grow and strengthen the aquaculture industry along the southern side of Sognefjord, with modern, state-of-the-art facilities that employ good architectural and aesthetic elements.

The development at Ortneset is projected to provide 20-25 jobs by itself.