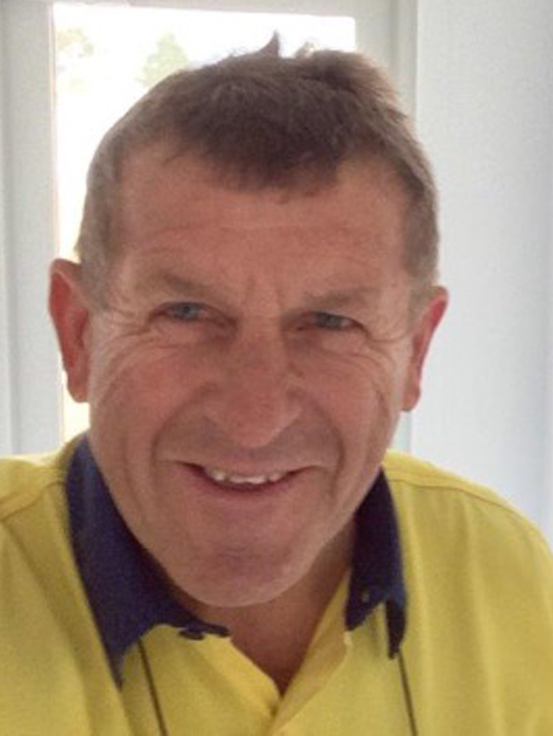 Describing Petuna is akin to following the history of the seafood industry from the vagaries of the wild-catch fishery to the egg-to-plate certainties of a modern production facility.

Peter and Una Rockliff started selling the catch from their first trawler in 1949 and went on to create Tasmania’s largest multi-species seafood business centred on their East Devonport processing plant.

In the 1990s they became involved in the Island State’s burgeoning aquaculture industry, and acquired the Cressy trout hatchery. Then they took up a marine farming lease on the remote and rugged Macquarie Harbour and ocean trout (Oncorhynchus mykiss – first introduced to Australia in the nineteenth century) became the Petuna brand. They now hold 50% of the available farming space there.

In 2010 they joined New Zealand’s Sealord Group in an equal partnership and launched an expansion program that included Atlantic salmon (Salmo salar). Petuna’s linkage to Sealord has not only provided the capital to expand the Cressy hatchery and establish a climate controlled recirculating aquaculture system (RAS), but also the benefit of Sealord’s global fishing, processing and marketing network. In November last year the Cressy hatchery was awarded Global Aquaculture Alliance’s Best Aquaculture Practices certification.

The original trout hatchery at Cressy, established in the 1970s, was one of the first in Tasmania. It utilized the relatively stable flow of water from the Great Lakes hydro scheme. Until now, salmon smolt had been raised to around 100g in flow-through raceways, but environmental pressures and improvements in recirculating aquaculture systems (RAS) has made the shift from an open system to one that delivers optimal conditions, an economic proposition.

The new hatchery was designed by the Danish company Aquatec Solutions, with construction

supervised by Petuna’s infrastructure manager, Kevin Chilman. He said that nowadays summer water temperatures can reach 23-24ºC in a heat wave, and the new facility has given them a buffer against such adverse conditions. Selection of hatchery design was critical.

The Aquatec system was chosen because of its low water – and power profiles. Daily water intake is 1% of total volume, and the water is cycled through the farm’s eight 300m3 tanks every 35 minutes. Peak power use is 230 kW. Most of this is used in the reverse cycle temperature control system, so peak loads are found mainly during summer months.

Incoming water temperatures from Brumby Creek normally range between 8 and 19ºC. The 100kW heat exchanger runs only to keep the system at a constant 16°. The system itself will add 4-5ºC to the water, just from the friction of the pumps and in the pipes. Kevin has added a heat-exchange system whereby water leaving the facility at 16°C runs across the incoming water which could be 22°C, so a few degrees can be reduced during the ‘contact’.

Suspended particulate matter is removed in two mechanical filtering stages. The first comprises three 60µ drum filters, and in the second the drum screen is 18µ. The resulting sludge is flocculated and used off–site as fertilizer.

The recirculating water goes through bio-filtration to remove the organics before being sterilized with ozone. It is then degassed and returned to the system. The stocking rate is 60kg/m3, which leaves them with a 20% safety margin for overage. The concrete tanks are octagonal to reduce the footprint. The shed is fully insulated.

Salmon spawning begins in the second week of May, and the trout two weeks later. Breeding is completed within the month and the hatchery then has the responsibility of stocking the farm over the next year.

Half the spawn is held back for six months at 3ºC which delays hatching so they can have a spring to autumn stocking. They grow the first half of the spawn – 1.5 million fry – to 100g before raising the temperature and hatching the other batch of eggs.

With the demand for salmon continuing to grow, harvesting from the sea site to supply the factory has become a five-day-a-week procedure. Being able to supply the growout farms with a continuous supply of smolt ensures that there is no break in the availability of finished product. As Kevin said, “With a three-year lead time to mature the salmon breeding pool, we have to forecast ahead how many broodstock we’ll need to produce the eggs to make enough fish to grow sufficient tonnage for the market.”

Stocking the sea sites begins the following April and the last fish go to sea in September/October. It then takes 18 months for fish to reach the target harvest weight of 4.5-5kg.

They also have a pen site, Van Diemen Aquaculture, on the tidal estuary of the Tamar River, downstream from Launceston. Having the two salt water sites gives them a 12-month harvest cycle, first the females and then the triploid fish.

After incubation, hatching and first feeding, the fry leave the hatchery at 3-5g. After a further 20 weeks in the nursery growout in optimal conditions they’re ready to go to sea at 100g. Kevin pointed out that even through the growout facility was designed to produce 1.5 million 100g fish per year, one of its strengths is flexibility. “We can change our sizes and numbers, and even drop the temperature down a couple of degrees to slow the system if we need to.”

Feed conversion is slightly better under the controlled conditions of the indoor tanks. They work on an FCR of 1:1 but have achieved figures as low as 0.89:1. Out in the old raceways, smolt production averaged 1.25:1 FCR with best figures of 1:1, although there have been times when temperatures were too high to feed at all, even with injected oxygen. The new facility has injected oxygen and DO levels are maintained at 100% saturation.

Petuna mainly uses Tasmanian-based Skretting feeds, but also use Brisbane-based Ridley Aquafeed diets. The rations are tailored to the fish’s size and stage of development.

Kevin said open systems are a thing of the past. “Recirculation systems are coming to the fore, especially in Europe where they’re having trouble with sea lice. The fish going to sea are getting bigger and bigger to reduce their exposure.” While Petuna fish are transferred to sea at 100-120g, he has heard of smolt being grown to 500g before being stocked.

General Manager of farming, Jon Bailey, has had a wide experience in the salmon sector and comes to Petuna from Scotland, via 14 years with King Salmon in New Zealand. “The days of the farm manager who is the jack of all trades is long gone,” he said. “The requirement to supply scientific analysis for a wide range of inputs, from operational, to financial and environmental, is crucial to the day-to-day running of a fish-producing enterprise. You have to employ people with specialist skills. We have a technical manager, a sustainability officer, and our own vet. Having said that, the farm manager still needs awareness of what’s happening with the fish. The technical support helps to bring it all together.”

The water and power resources at Cressy would allow the company to double capacity and with strong market demand for omega-rich salmon and trout Petuna is well equipped to take advantage of the opportunity. The future of the industry looks bright with domestic demand throughout Australia is still growing and prices holding. More sea sites are required to meet this demand and the Tasmanian government is willing to help with current applications for Petuna to expand. More sea area for Petuna will make the new infrastructure at Cressy even more efficient.

For more information on the hatchery contact Shaun Slevec at shaun.slevec@petuna.com; and for the RAS: Kevin Chilman at: kevin.chilman@petuna.com